Global overpopulation and food scarcities are myths, yet these myths are received as fact by far too many people. They also are used by advocates of population control[1] as pretexts for coercive or incentivized abortion-on-demand, sterilization, and widespread distribution of oral contraceptives.[2] In this paper, the author argues that neither overpopulation nor shortages of food are the problems their proponents claim them to be and thus should not be used to advance anti-natalist policies, particularly in the developing world. FULL ARTICLE.

"A compassionate and sensitive sonographer should remember to turn the screen away from the plane of view [of the woman having an abortion]. Staff, too, may find themselves increasingly disturbed by the repeated visual impact of an aspect of their work that they need to partially deny in order to continue to function optimally and to concentrate on the needs of the women who come to them for help."

Regarding Life at the Beginning

By Gilbert Meilaender, The New Atlantis, Summer/Fall 2014 edition.
Gilbert Meilaender, a New Atlantis contributing editor, is a Senior Research Professor at Valparaiso University and a Fellow at the Notre Dame Center for Ethics and Culture. He held the Richard and Phyllis Duesenberg Chair in Christian Ethics at Valparaiso until 2014. He was a member of the President’s Council on Bioethics (2002–2009). His latest book is Should We Live Forever? The Ethical Ambiguities of Aging (Eerdmans, 2013).

Anyone who has followed the debate about abortion over the last forty years or so will know how hard it is to say anything genuinely new about the issue. Nor, at least in my judgment, has James Mumford quite managed to do so in his book Ethics at the Beginning of Life. But Mumford, a postdoctoral fellow at the Institute for Advanced Studies in Culture at the University of Virginia, has managed to think through the central issues of the abortion debate in ways that are unusually perceptive and helpful. To read his argument with care is to have one’s judgment sharpened and illumined. (What a shame, then, that Oxford University Press should charge a discouraging $110 for the book!). FULL ARTICLE 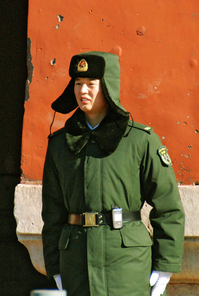 In November 2013, the Chinese government changed the regulations to the policy: couples in which both persons are only children are eligible to apply for a second-birth permit.

Media coverage and a non-profit, All Girls Allowed, have lauded this move as a victory. Media reports have even gone so far as to claim that the lower than expected number of couples applying to give birth reflects a tacit approval of the government’s population control policy. FULL ARTICLE

New Test Will Reveal 600 Potential “Genetic Flaws” in Unborn Children, Will It Lead to Abortions? 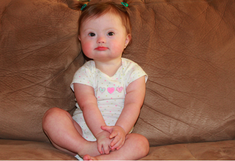 In the United Kingdom, a new pre-pregnancy blood test is set to go on the market that will screen couples for thousands of genetic flaws that they could pass on to their unborn baby. After the testing, they will know if their child has the chance of developing a variety of conditions, such as cystic fibrosis, blood disorders or conditions that cause blindness. According to the Daily Mail, the National Health Service already provides pre-pregnancy testing but focuses on people with a family history of just a few conditions. FULL ARTICLE

Over the Last 50 Years, More That Two Billion Babies Have Been Aborted Worldwide
By Steve Ertelt, LifeNews.com, March 6, 2015 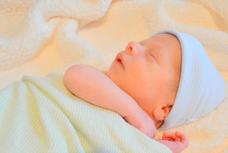 When one considers the number of abortions in any given country, the tally of human life lost to abortion is staggering.

In the United States alone, 57 million unborn children have died from abortions since Roe v. Wade ushered in an era of unlimited abortions in 1973. If you factor in the number of legal abortions in the several states that legalized abortion prior to the Supreme Court;s infamous decision, that horrific total is even higher.

But what of the number of babies who have lost their lives to abortion around the world int he decades abortion has been legal in countries across the globe? The number is incomprehensible and its impact is felt in other ways apart from the genocide of an entire generation. FULL ARTICLE

West Virginia Becomes the Eleventh State to Protect Pain-capable Children as Legislature Overrides Governor Tomblin’s Veto
By National Right to Life, March 6, 2015
WASHINGTON – In a 27-5 vote, the West Virginia state Senate today joined with the state House of Delegates in voting to override Governor Earl Ray Tomblin’s veto of the Pain-Capable Unborn Child Protection Act (HB 2568), legislation that protects unborn children from abortion at the point that they are able to feel pain. Tomblin’s veto came after the state House of Delegates and the state Senate overwhelmingly approved the bill in February. The legislature’s successful override of Gov. Tomblin’s veto means that the Pain-Capable Unborn Child Protection Act will go into effect in 90 days. FULL ARTICLE.

Purdue Students for Life: You Are Not Alone in This

Purdue Students for Life are telling their classmates: You Are Not Alone: Call on Me!