"Well, you have no choice."

Why I am In Business For Life
Donate
“Well,  you have no choice. She has to get an abortion.”

These words from my best friend were still ringing in my ears, as I searched the Scriptures for what God had to say on the matter. My head told me that I couldn’t allow fatherhood to derail my college career. My heart told me that trying to convince my girlfriend to get an abortion was not only wrong, but futile. But, it was God’s Word that ultimately persuaded me:
​For you formed my inward parts;
you knit me together in my mother's womb.
I praise you, for I am fearfully and wonderfully made;
Wonderful are your works; my soul knows it very well.
My frame was not hidden from you when I was being made in secret,
intricately woven in the depths of the earth.
Your eyes saw my unformed substance;
in your book were written, every one of them, the days that were formed for me,
when as yet there was none of them.
— Psalms 139:13-16
​After reading this passage, I made a note in the margin of my Bible that simply read,

It wasn't an option.
​God had conﬁrmed what my heart had already been telling me.

Ironically, it was a false alarm. My girlfriend wasn’t pregnant. Nonetheless, the seeds of my pro-life convictions were planted deep within my soul. I didn’t know it at the time, but that defining moment would soon find me “in business for life."
​
Those life-minded seeds have been regularly watered with tears of joy and fear over many years, as our extended family faced eight “surprise” pregnancies. My wife and I have seen the perils of children parenting children. We’ve held the precious gift of life that sometimes only an adopted child can be. We’ve seen God turn mothers’ mistakes into life-saving miracles. We’ve heard the voice of God speak clearly on behalf of the chosen ones whose birth mothers were unable to care for them. Time and time again, we’ve seen mothers choose life when it was anything but an easy choice. But, it was always the right choice.

Shortly after 9/11, those life-minded seeds began to bring forth fruit that, to this day, unnerves me no end. Though not audibly, I clearly "heard" God calling me to play some role in helping to:
Abolish Abortion in America in my Lifetime 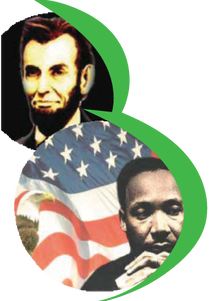 ​Shortly thereafter came the phrase, “In Business For Life.” Beyond knowing I would spend the rest of my days in business for life, I wasn't sure what God had in mind. In October of 2016, He led me to start a non-proﬁt by that name. Having legally formed In Business For Life Inc. (501c3), I began to envision our mission and the moral imperatives that would be key to accomplishing it. There were many life-affirming milestones along the way.

What about “The Chosen Generations” ? Since Roe v Wade, two full generations of Americans have been born. In a very real sense, they are The Chosen Generations. Those whose mothers could have legally chosen to end their lives. Yet instead, and oft times at great sacriﬁce, chose to give them life. What role will these chosen ones play in convincing the nation that they were never really a choice at all, but rather a child…a defenseless, innocent child? I think theirs will be a huge role.

I further believe that my home State of Indiana has a significant role to play in leading America to victory in The War Within the Womb. Our march towards an abortion-free country starts in our neighborhoods, cities and states. Who’s stopping us from shutting down the abortion clinic nearest our home for lack of demand? Why couldn’t Indianapolis become an abortion-free city? How could Indiana become "The Crossroads of Life” ? What better state to lead America back to an abortion-free country than my beloved Hoosier State?

I too have a dream. I have a dream that my ﬁve children will one day live in a country where their right to choose will once again and forever more be constrained by the rights of all others to live. I have a dream that abortion, like slavery 150 years ago and racial discrimination a mere 50 years ago, will be legally abolished in America in my lifetime. It is a dream that must be fulﬁlled because the very future of our Nation depends upon it. I believe this dream emanates from the heart of God and the souls of the great leaders in our Nation's past.

Yes I know, abortion is perhaps the most divisive, politically incorrect issue in America today. But, did you know that the most dangerous neighborhood in our great Nation lies within the wombs of its women? One in ﬁve who enters there never makes it out alive. Did you also know that in the America of the Unborn, it’s been 9/11 every day since January 22, 1973? Now totaling 60 million and counting, the daily human toll within American wombs is greater than that of the fallen “Twin Towers”. Most importantly, did you know God has much to say about it? 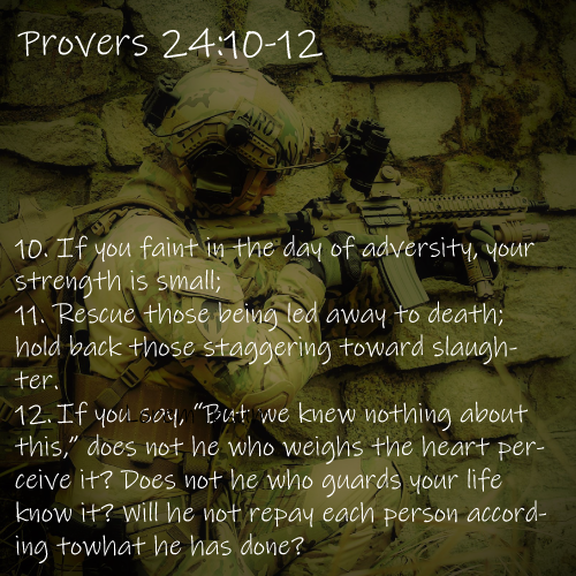 ​The mission of In Business For Life is to:
Abolish abortion in America in this generation
By providing a  high-proﬁle  platform
upon which life-minded business people
take a winsomely positive stand
for the sanctity of life where they live, work and play.
In Business For Life represents a life-minded movement of business people committed to
supporting and serving alongside those determined to: 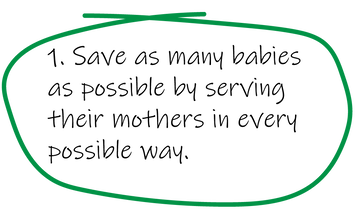 ​We do this primarily by supporting and working alongside Pregnancy Help and Resource Centers around the country, those on the front lines supporting expectant mothers facing challenging pregnancies. Many  of these centers are strategically located near abortion clinics, allowing counselors to save unborn children's lives minutes before they would otherwise be lost. Supporting such life-saving, mission critical work is an IBFL imperative. 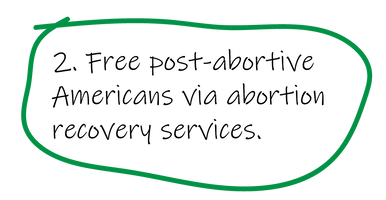 Reaching the “living victims” of abortion — the estimated 60 million plus American women and men who have participated in an abortion, is critical to accomplishing our mission. Setting these captives free through the forgiveness, faith and freedom that only God can give is essential to re-establishing a culture of life in America. The gates of hell will never prevail against the life-affirming, soul-cleansing tsunami destined to wash across our land. “They will know the truth and the truth will set them free" (John 8:32).

Due to overwhelming demand, no American is ever too far from an addiction recovery center. The tragic toll taken by our national penchant for all things addictive is well documented. This, while tens of millions suffer in self-imposed silence and isolation haunted by the memory of an often long ago abortion. The Church has failed miserably in addressing this problem, but remains key to solving it. Nothing less than the true Gospel can effectively deal with the guilt and shame so many post-abortive people suffer from.

In partnership with churches all around the country, I envision Abortion Recovery Centers of America taking form. Many of the Pregnancy Help and Resource Centers around the country offer abortion recovery services. However, their reach and resources are very limited. The dark cloud of abortions past hanging over our Nation needs to be cleared by a massive front that will gain additional force as each living victim of abortion is finally set free. 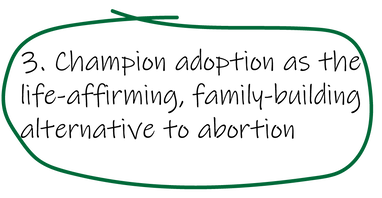 ​Prior to Roe v Wade, 9% of new babies born in America were adopted. Today, it’s less than 1%. Tragically, this precipitous drop in new baby adoptions is almost exclusively due to mothers choosing to abort their children rather than choosing adoption as the compassionate alternative.

According to Heartbeat International, 61% of post-abortive women say they would have chosen life for the baby had a single signiﬁcant male supported them in doing so. This data supports what pregnancy help counselors have
known for years:

A woman’s right to choose gives those in her support system a right to an opinion which they express by providing or withholding support for “her choice."

Recognizing the critical life-saving role men have in a woman’s right to choose, IBFL will address them directly and provocatively. Why? Because if he will “man up," she will follow her heart and her baby will live. 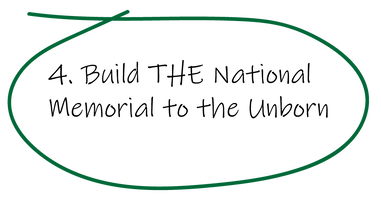 ​One million innocent American lives are lost through abortion every year. By comparison, 1.4 million brave soldiers have lost their lives in all wars fought since 1775. To ensure our war heroes will never be forgot- ten, monuments throughout the country properly memorialize those who paid the ultimate price for our right to life, liberty and the pursuit of happiness.

IBFL’s vision calls for an equally fitting "National Memorial To The Unborn" to ensure we never forget the sacrifices of those whose precious, innocent lives were effectively taken by their country. We must always remember those who had the misfortune of being conceived during a dark time in our Nation’s history. A time when we lost our way and began sacrificing our unborn children on the altar of convenience. A time that will come to an end…in this generation. And, when it does (if not before), the citizens of our great Nation will rise up and memorialize this historic milestone by erecting monuments throughout the land.

Now you know why we're in business for life.

We hope you'll join us.